From anxiety and stress relief to psychoactive effects like euphoria and increased focus, there is rarely a strain of cannabis as legendary and as controversial as the sour diesel strain.

As a true staple strain, it first appeared in the 90s. Sour diesel is one of the longest-running contenders for the top spot on weed lists. Among its own delicate appearance, it serves as the basis for countless other hybrid strains as well. And yet, the majority of its charm and fame are owed to its original variant.

If you are interested in finding out more about the taste, smell and effects of the sour diesel strain, and its controversial past? Keep reading as we share what makes this strain super-special and often misunderstood, and where to find a recreational dispensary near me with the best products.

What is the Sour Diesel Strain?

Sour diesel, also known as sour deez or simply sour D, is a hybrid marijuana strain. It is derived from a combination of super skunk and chemdawg and it’s significantly Sativa dominant, with a Sativa-Indica ratio of 90%-10%.

The strain has a 16%-26% THC content, along with a 4% CNB and 2% CBD. This makes it ideal for recreational users looking to experience a quality high to make them more social and open to psychoactive effects. On the other hand, it is great for medical users looking for a strain to relax them and help with pain relief and mental health issues. A morning strain by nature, sour diesel is known to be quite potent.

How is this Strain Grown?

You can find a great product by searching for marijuana dispensary near me. Still, the sour diesel is one of the strains that can safely be grown at home – both indoors and outdoors. An outdoors planting and growing is preferred out of the two options. Depending on the particular composition, flowering can take anywhere between 40 and 80 days, and the final yields are considered to be moderate.

The appearance of the flower buds is medium-sized, lanky and sticky, with a light green color, a large number of orange foxtails sprouting out, and a strong, penetrating smell.

How Did the Sour Diesel Strain Come to Be?

The very smell links to the origin story of this mythical strain. In the middle of the 1990s, in New York, an anonymous breeder, nowadays known only as AJ (short for “Asshole Joe”), mistakenly combined a female chemdawg 91 with the pollen from a super skunk they found during a trip to Amsterdam.

The final product was a pungent, street-style strain that managed to completely ravage the underground New York weed market. Such a product completely changed the industry landscape and caused various clashes between growers. It also negatively affected the popularity and value of other strains. It is precisely from its tumultuous origins the name “sour” comes – wherever this strain appeared, relationships grew sour in its wake.

Today, none of this drama exists anymore, yet its legendary status still haunts this strain, making it one of the most popular among global weed enthusiasts.

The Controversial Smell and Flavor Profile of Sour Diesel

Hand-in-hand with its historical controversy goes the controversy related to the sour diesel smell and flavor. The sour diesel strain is widely known as one of the smelliest, most pungent strains. It contains strong and recognizable notes of diesel, mixed with sour lemon undertones, mixed herbs, and an earthy, spicy flavor.

It is considered a morning strain and recommended as a great way to start the day. Its unique smell and flavor perfectly correspond to its underground origins. Still, it is mainly used for relaxation purposes, despite its stinging taste.

What are the Effects of This Strain?

The sour diesel effects are twofold. On one hand, the sour diesel strain delivers in making the consumer pumped up and energized. It has euphoric and enthusiastic effects, which make it a perfect daytime strain. It will make you feel happy, focused and ready to tackle anything on your daily schedule. On the other hand, the strain has proven to be quite potent when it comes to treating medical issues, like anxiety, chronic pain, stress and depression.

It can cause strong psychoactive effects, which is why moderate doses are recommended, especially for beginners. Otherwise, you might end up experiencing dizziness and/or paranoia. The strain is also associated with common side effects like dry mouth, dry eyes, red eyes, and cravings.

If you are itching to try a bit of this legendary strain and want to find it at any dispensaries near me, we have you covered across the Maryland area. Visit the Green Gorilla MD website and browse our catalog of medicinal marijuana products. Edibles, oils, gummies and numerous strains to choose from are at your disposal, including the notorious sour diesel strain!

Feel free to reach out to our team today and learn more about the sour diesel and the ways it dispels the myths! 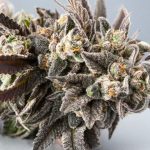 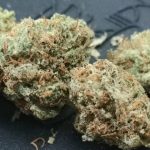 WHEN YOU JOIN OUR TELEGRAM CHANNEL
*Join the channel and let us know you're new. Codes are one time use. But don't worry, we ALWAYS have promos going on